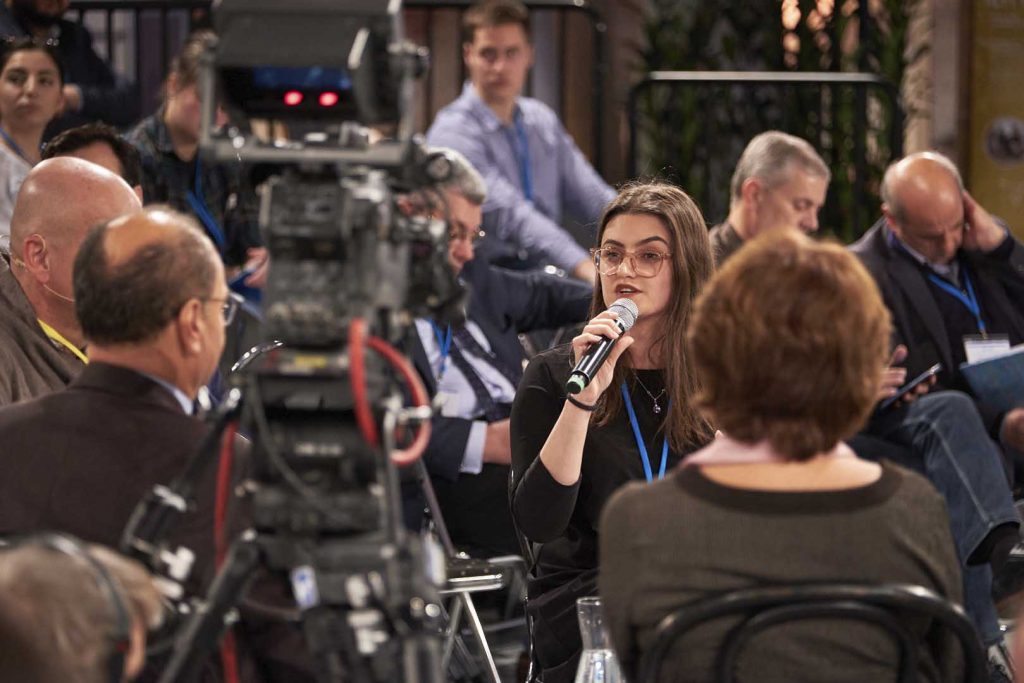 “Phenomena such as social media filter bubbles and hate speech are causing insecurity about what we should believe and what we shouldn’t,” says Regina Arant from the Jacobs University Bremen in Germany. Furthermore, populists, disparity and globalization, as well as cultural, religious and ethnic diversity are endangering our feelings of social cohesion (Bertelsmann-Stiftung, 2017). The diversity of life can cause feelings of hesitance and hostility but it can also “bear chances and opportunities” (Arant, NOW 7). But what do social cohesion and diversity mean, and how are both related to each other?

Social cohesion means that people 1. feel connected with each other and with their society as a whole (connectedness), 2. focus on the common good of everybody; and 3. have strong social relations.

According to the Bertelsmann Stiftung, any characteristics can be measured in order to analyse the degree of social cohesion in a society. The German Robert Bosch Foundation carried out a survey in 2019 in order to find out whether the alleged decrease in social cohesion correlates with acceptance of social diversity, and, if so, what steps can be taken to counter the reduced acceptance of diversity (Robert Bosch Stiftung, 2019, 11). Despite defining diversity as ethnic, cultural and religious differences, the survey outlines seven dimensions of diversity: age, gender, disability, sexual orientation, ethnic origin, religion, and low socio-economic standing. One of the survey’s key findings is that diversity in Germany is generally seen as “an asset rather than a danger” (ibid., 15). Furthermore, the acceptance of diversity is greater in regions with higher income disparities – in other words “the existence of a certain level of diversity” can be a pre-condition for learning to accept diversity in general. Nevertheless, there are regions in Germany – and in other countries – where acceptance of diversity, or of certain dimensions of diversity, can be rated differently. It is therefore important to differentiate between accepting diversity and simply tolerating inconsistencies and differences (ibid., 11). “Tolerance means: I don‘t really like something but am willing to live with it. Acceptance is fundamentally different, it means that I take it into my heart and live it.”, (Patricia Kahane, NOW 7).

Acceptance of diversity has a decisive influence on social cohesion. People living in areas with strong acceptance of diversity are happier, healthier and more satisfied. Based on his research, Jérémie Gagné from More in Common has found that despite the differences people feel in a pluralistic and socially diverse society, as well as their dissatisfaction with political developments, the majority of people “crave a sense of togetherness.” People are keen to find a common sense and to come together (Gagné, NOW 7; Krause/Gagné, 2019, 18).

How is it actually possible to strengthen acceptance of diversity, to overcome political and social divisions, and ultimately to foster cohesive societies? One of the basic aims of the NOW Conference was to share knowledge and put it into action. The following sections will analyse some examples of the promising practices, workshop results and sparkling inputs that were presented, put them into the context of scientific research results and identify possible opportunities for action at the local level.