MEETING OF THE NOW MAYORS’ NETWORK IN HAMELN-PYRMONT, GERMANY

FACILITATED BY ACT.NOW AND THE HEAD OF THE DISTRICT AUTHORITY, MR. TJARK BARTELS 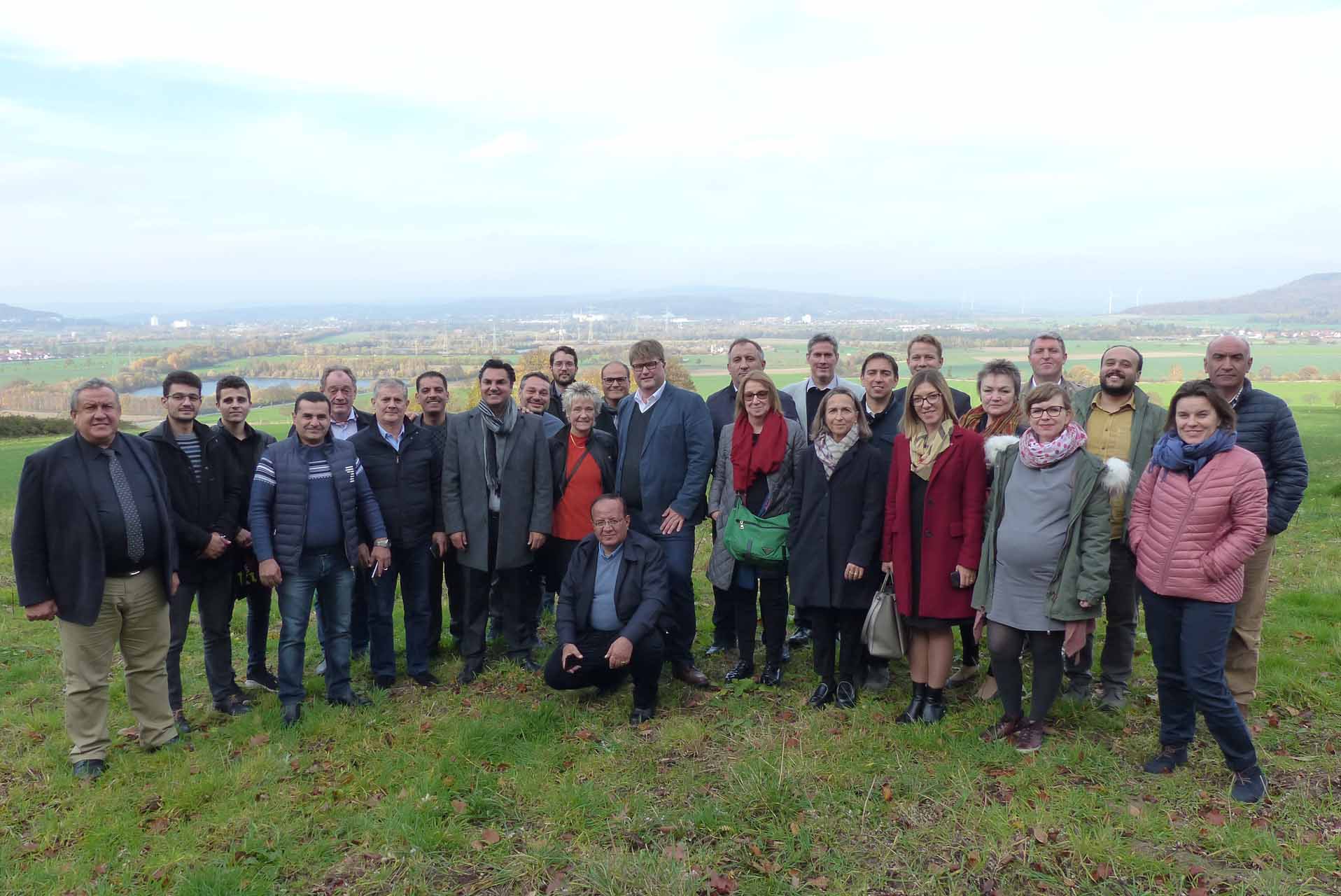 From 8 – 11 November, the participants of the NOW Mayors’ Network from Germany, Austria, Italy, Sweden, Serbia, Turkey, Lebanon and Jordan met in the German district of Hameln-Pyrmont on invitation of the Head of District Authority Mr Tjark Bartels. The district includes 8 towns and municipalities and has a population of 150.000. Hameln-Pyrmont is currently hosting approximately 2.822 refugees from Syria, Afghanistan, Iraq and other countries of origin. The economic area is characterised by a balanced medium-sized industry with trade, crafts, tourism, health and recreation.

The NOW Mayors’ Network met for the 3rd time aside from the annual NOW Conferences in order to learn about promising practices on municipal level and exchange country-based challenges and approaches to solutions. The members of the Network, including mayors and municipality experts, emphasised the importance of expressing more solidarity for each other in the face of an increasingly populist rhetoric in the public narrative. Furthermore, it was discussed, that many municipalities experience a growing lack of support from their national governments partly blocking great local efforts.

The meeting in Hameln therefore aimed to offer ways to strengthen the skills for good local governance and by that promoting prosperous and cohesive communities. “Our work is driven by taking the stance that social cohesion is not just a local but a global issue,” as Tjark Bartels stated. We therefore want to take a common stance towards changing the public narratives and empowering social cohesion, diversity and participation in our cities and communities.

On the first day, we were offered insights into the context of Hameln-Pyrmont and visited three different projects dealing with the issues of developing problematic residential areas, integrating refugees into the local community as well as implementing innovative educational programmes. The second day offered two workshops on the topics of funding for municipality projects and how children’s rights can be implemented in the working processes of municipalities. 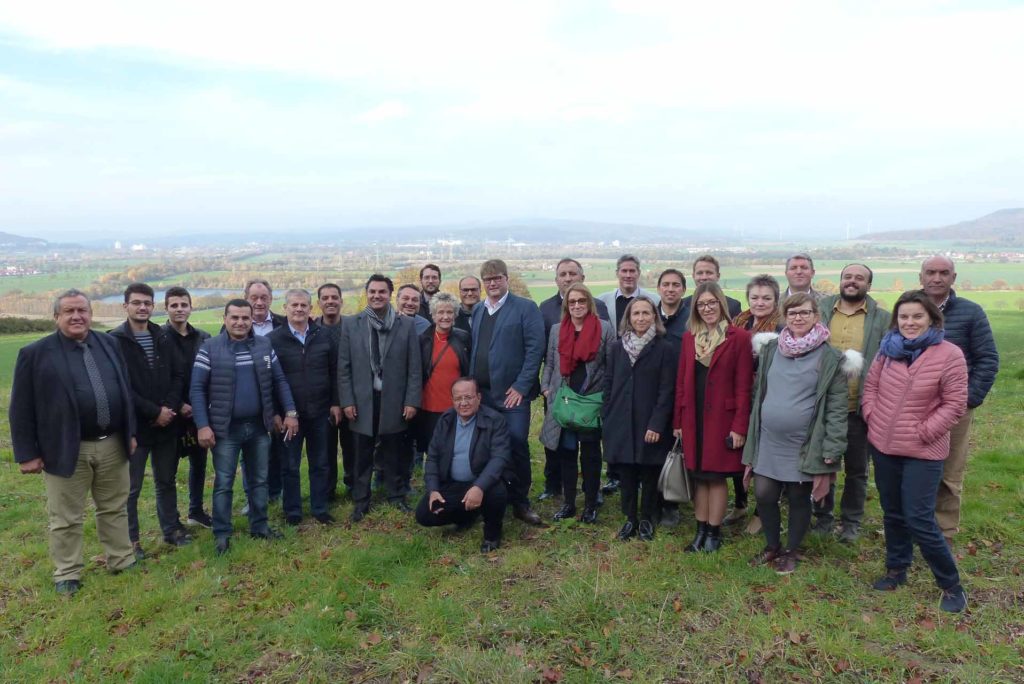 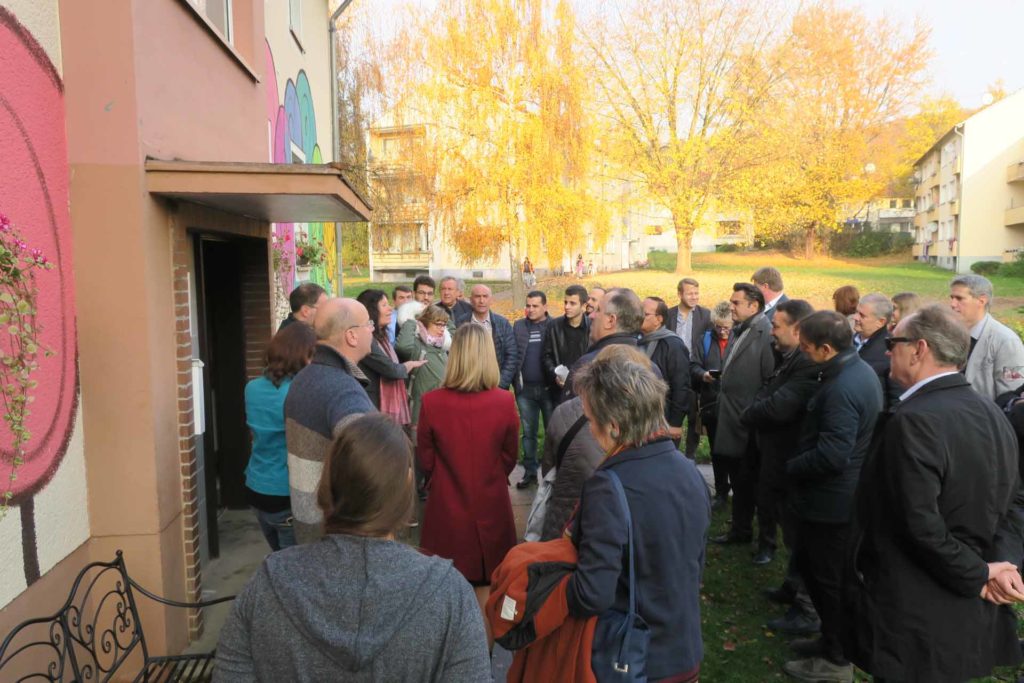 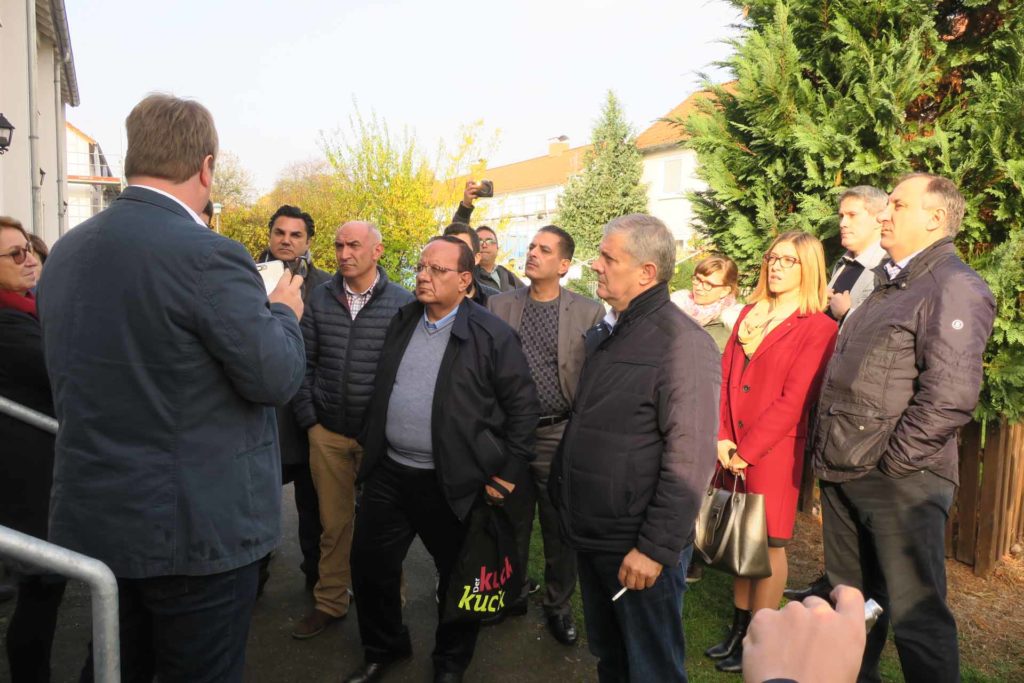 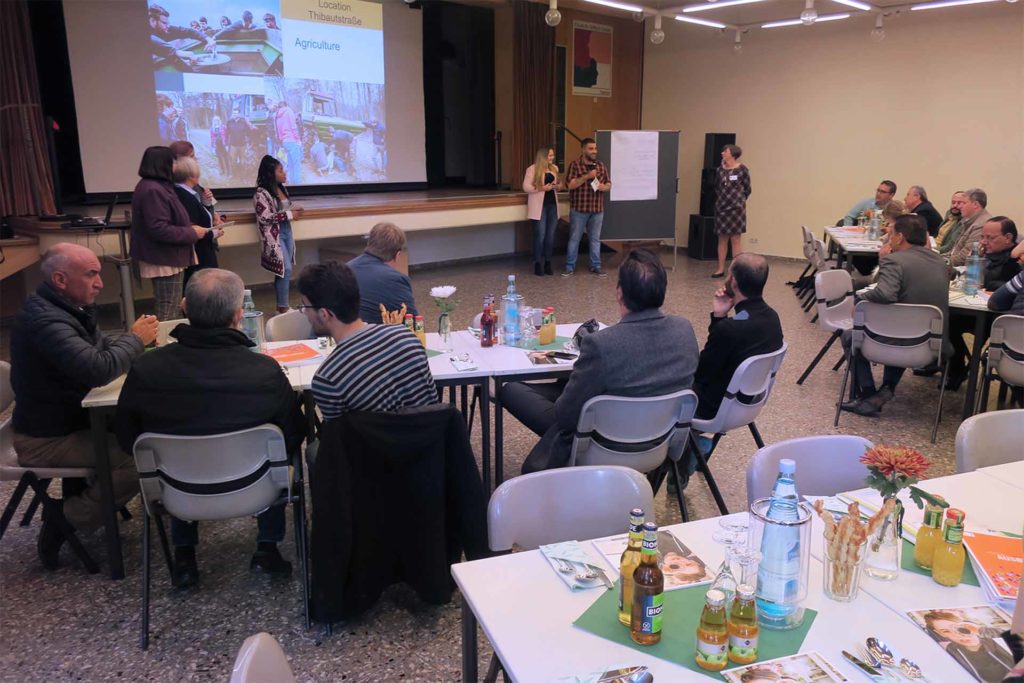 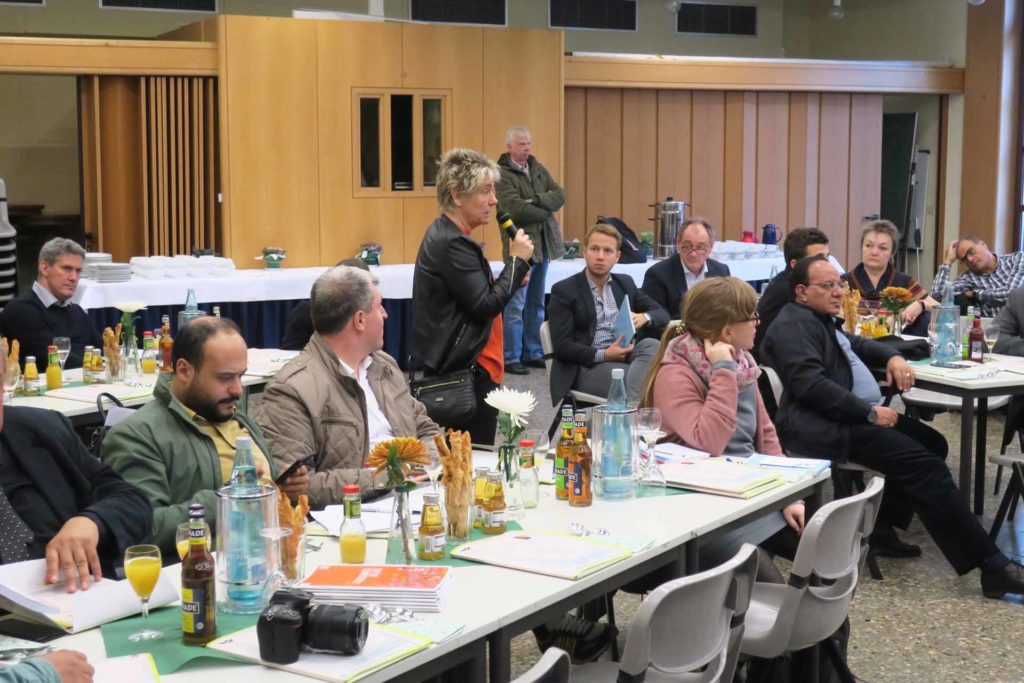 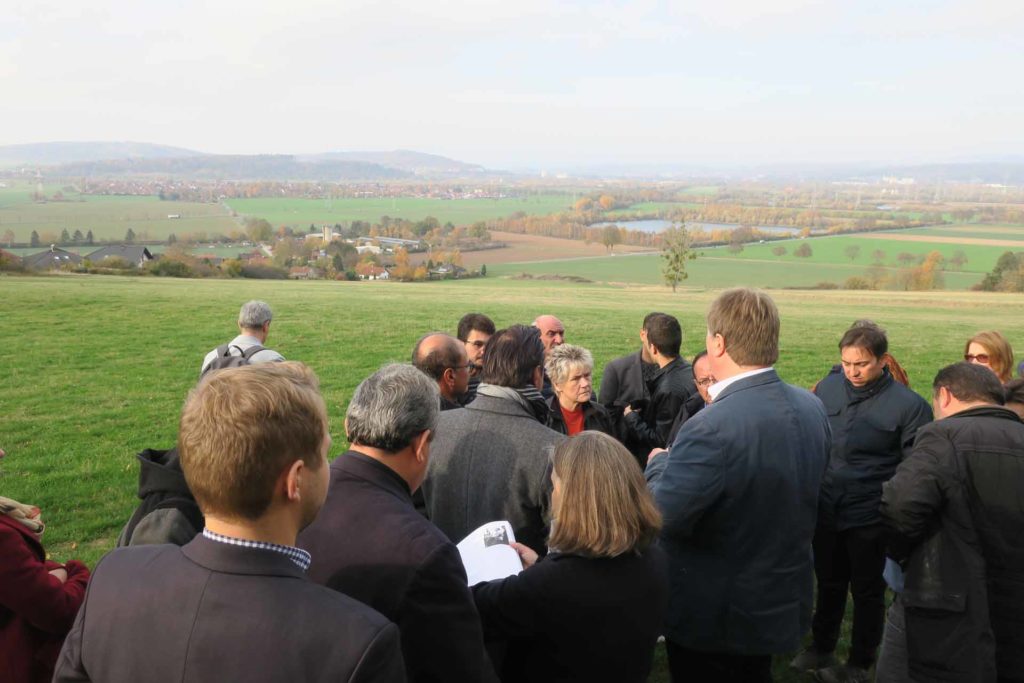 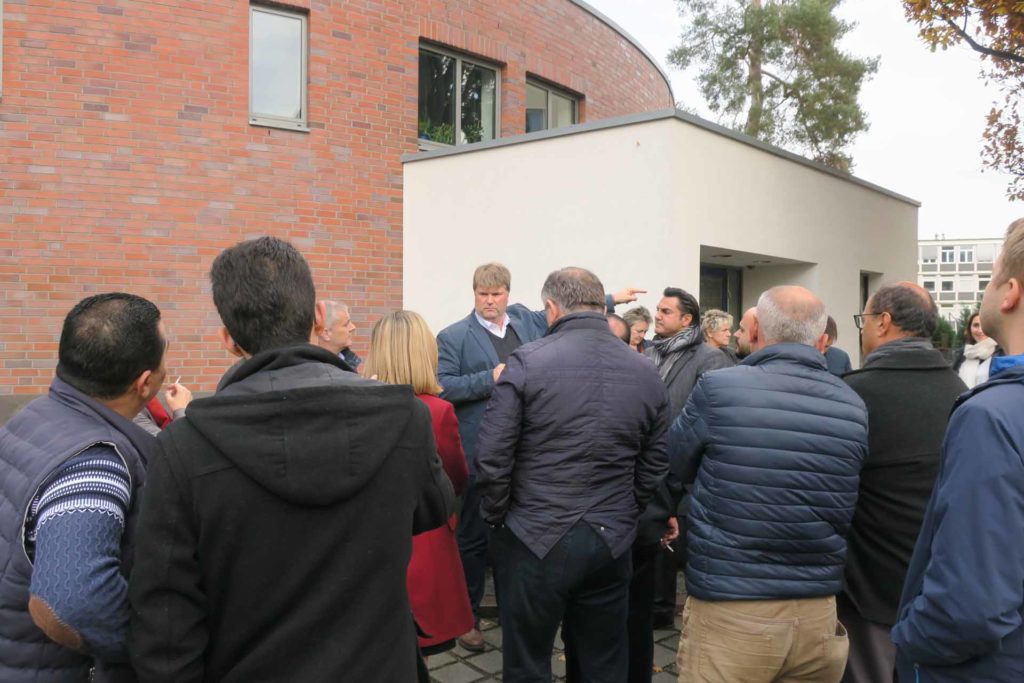 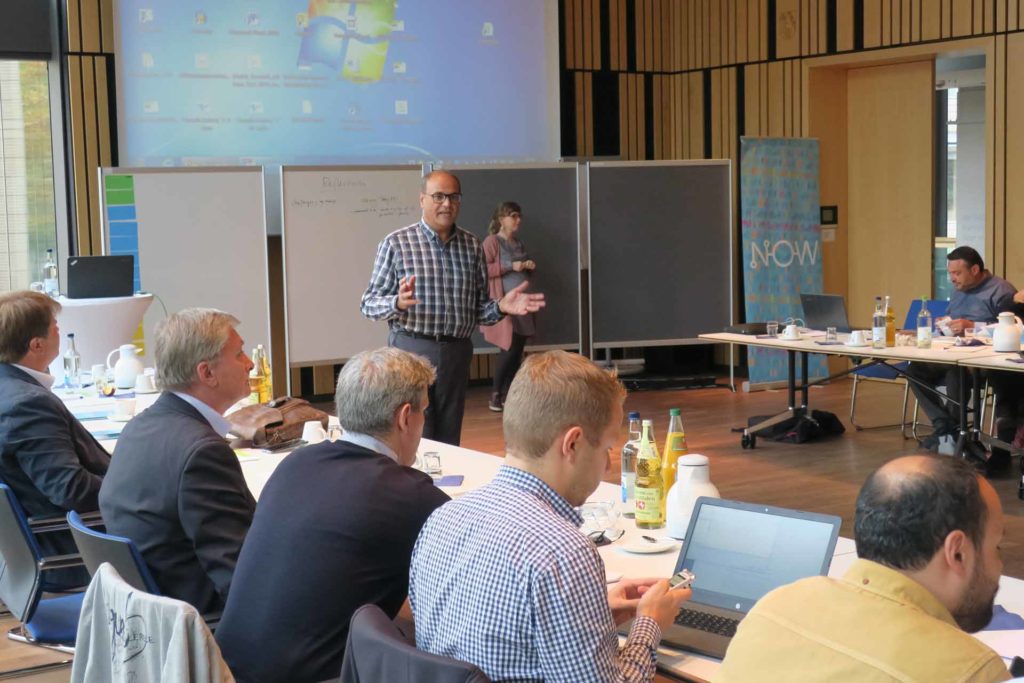 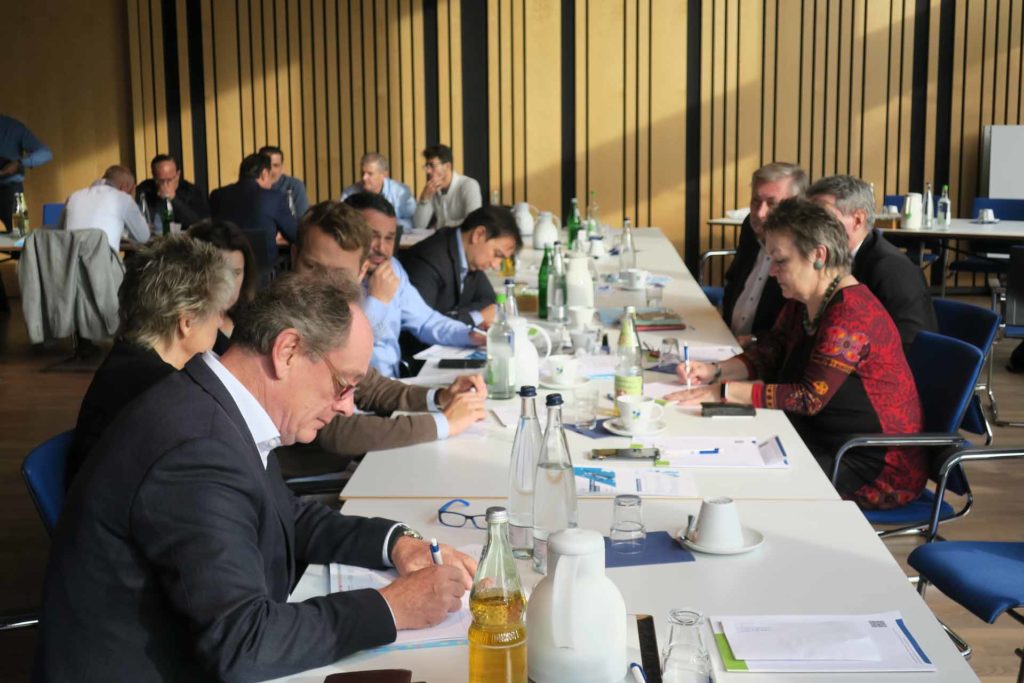 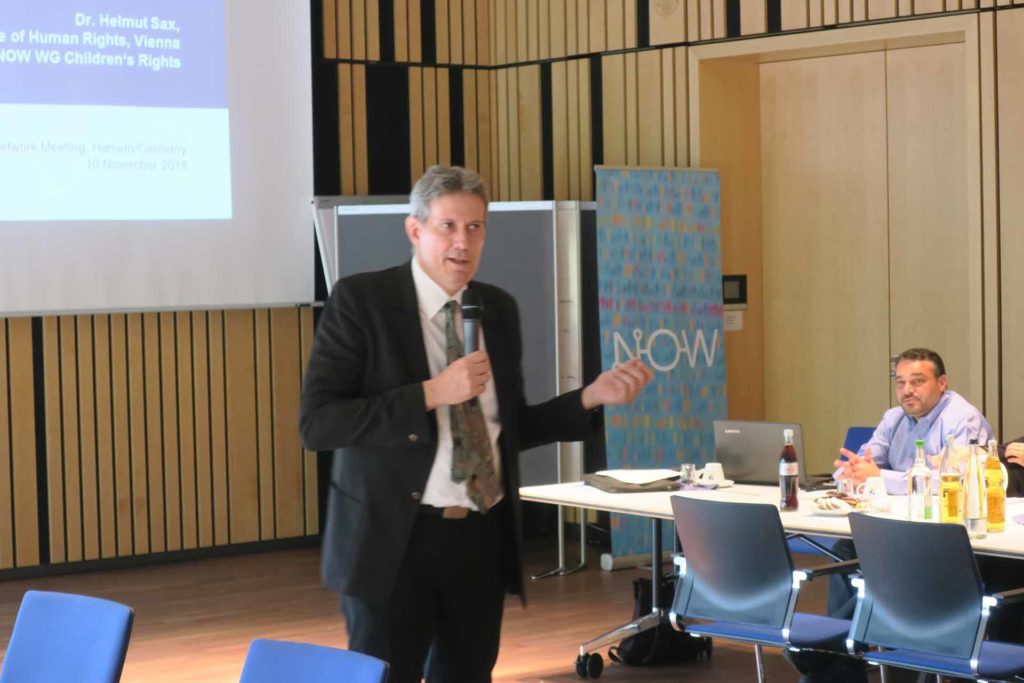 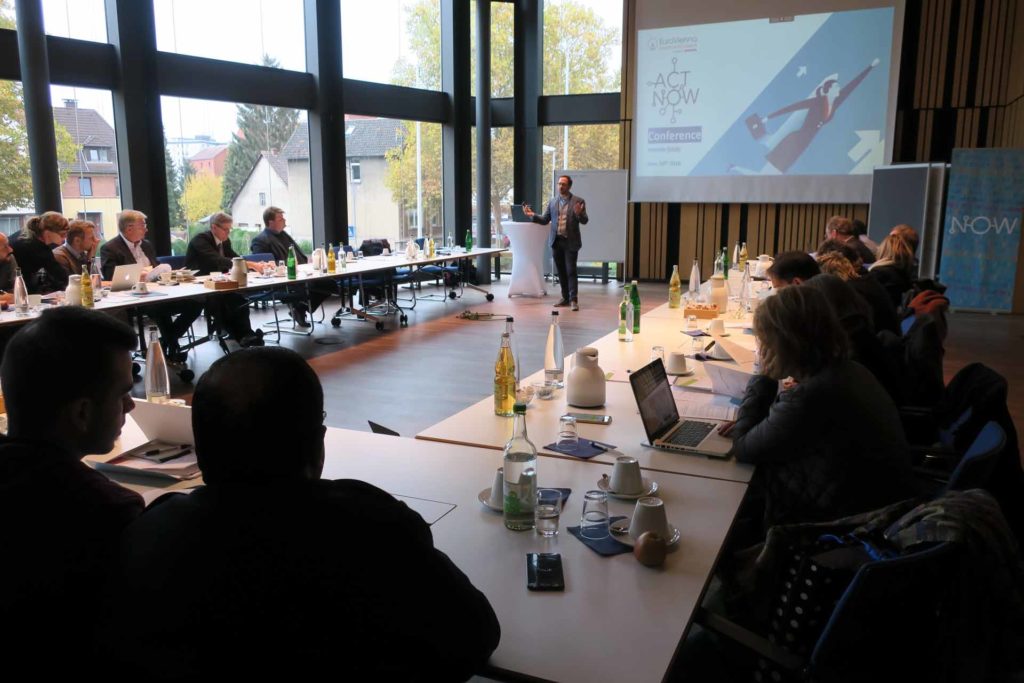 The project “Kuckuck 14” is based in an area with residents of mixed social and ethnic backgrounds. Since 2010, the association “SAM – Social – Active – Human” works in close cooperation with the district authority, the municipality of Hameln, local NGOs and volunteers in order to transform the formerly desolate and socially deprived neighbourhood into a residential area with a high quality of living. Two meeting points are located at “Kuckuck 14:” The “Kuckucksnest” offers leisure activities for parents and children up to the age of 14, homework support for school children and language courses. The meeting point “Treffpunkt ZAK” on the other hand addresses young people up to the age of 26, offering case management, street work and microprojects (football, dancing, music, etc.). The “Treffpunkt ZAK” is funded by the Ministry of Employment and Social Affairs, the European Social Fund and the European Union. Furthermore, the City of Hameln has implemented a fund supporting those who want to establish small projects in the residential area. Since “Kuckuck 14” was launched in 2010, the situation in the area has significantly improved due to close cooperation between the residents and the responsible authorities.

Honoured as the best integration project in Lower Saxony 2018, the housing project “Buntes Leben im Englischen Viertel” (Colorful Life in the English District) created modern and affordable housing space with communal facilities for residents in Hameln-Pyrmont. The district as well as the Municipality of Hameln have purchased more than 30 houses with several apartments (60-70 sqm) and renovated them. The apartments were equally allocated to local and migrated students, couples, families and elderly people. In order to enable social encounter and cooperation among the residents of the English Quarter a meeting point has been established in one of the houses offering space for leisure activities, language courses and the meetings of the German-Syrian Association. The project aims to avoid ghettoisation, reduce prejudices against foreigners and foster social cohesion – these goals have already been successfully accomplished.

The third project the group has visited was the school Elisabeth-Selbert-Schule, which was awarded the title of Germany’s best school in 2017 and received the German Integration Prize in 2016. It is a vocational school with three locations under the sponsorship of the District Authority of Hameln-Pyrmont. 2000 students have the possibility to choose between 8 departments in the vocational fields of agriculture, nutrition, health, health care, domestic management, body care and social pedagogy. The school’s philosophy is to foster the students’ individual competences and appreciate their personal development. Living equal rights and the commitment to democracy on all levels of society are the values, Dr. Elisabeth Selbert, the name giver of the school, has set an example for. The group very much appreciated that four students presented their school, which again underlined the school’s attitude favouring students’ participation and dialogue on eye-level.

We invited Mr Michael Gansch from the EuroVienna EU-consulting and -management GmbH, in order to learn more about the topic of international and national funding for projects planned and launched by municipalities. The participants gained insight into different funding programmes with special regional focusses and thematic priorities. Tools which help to find project ideas, project partners and funding opportunities were discussed. The feedback of the participants revealed that the members of the Network wish to find suitable partners for common project applications from within the NOW Mayors’ Network. Since smaller communities furthermore often do not have the capacities to pursue often protracted funding application processes, they seek for more support from other network members and Act.Now. We will try to organise follow-up sessions for the upcoming network meetings on the topic of funding with more country-based and tailored information according to the needs of the network members.

Workshop 2 – How to apply Children’s Rights in Municipalities

196 countries have signed the UN Convention on the Rights of the Child from 1989, but only 54 of them have legally banned corporal punishment of children. These and other numbers struck all participants of the workshop on Children’s Rights given by Dr. Helmut Sax, researcher at the Ludwig Boltzmann Institute for Human Rights and Host of the NOW Working Children’s Rights. The workshop helped all participants to take a more child-centered perspective and to consider these aspects in their every day work. It was emphasised that implementing Children’s Rights in municipalities is a process which cannot be accomplished within a short period of time; helpful steps like exploring child-relevant areas, inviting stakeholders and children to give their inputs, setting priorities in action and monitoring the process were explained in order to actively implement Children’s Rights. Since the UN Convention not only demands the protection of children but also their participation, the NOW Working Group on Children’s Rights – an interdisciplinary and international group of practitioners and experts in the field of human rights with a focus on the rights and wellbeing of children – will cooperate with four municipalities of the network and the children living there. The purpose of this project is to empower children to influence their local environment and to strengthen the accountability of adults and decision-makers. A final interactive exercise on prioritising Children’s Rights during the workshop revealed that two out of three groups saw the right of the child to education prior to other rights. Well educated children are less exposed to poor living conditions and the emphasis on education promotes the same educational level for all children regardless of their social background. The cooperation between the NOW Working Group Children’s Rights and the NOW Mayors’ Network will further the awareness raising on this important topic in order to learn about the perspectives of children and their active contribution to social cohesion in our cities and communities.